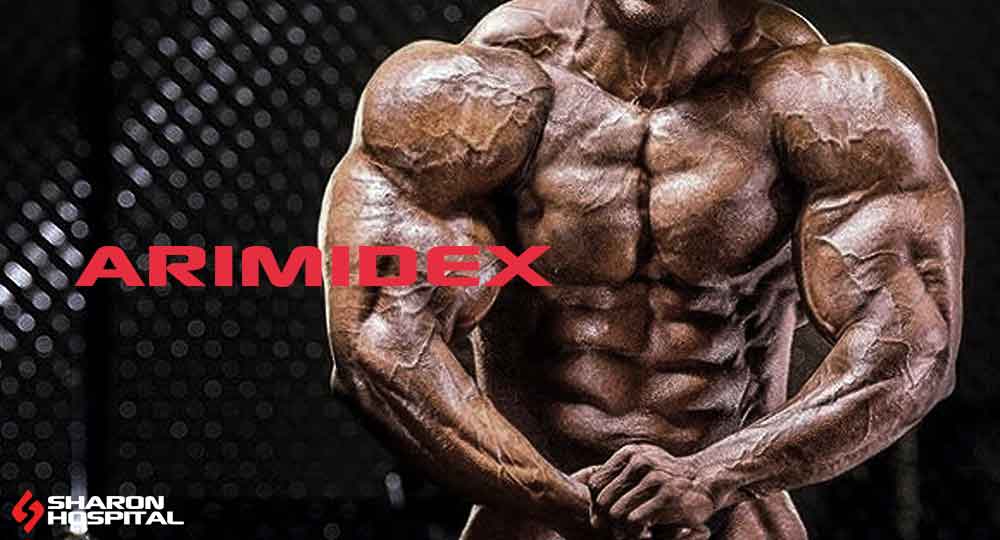 The Complete Guide to Arimidex (Anastrozole)

After Franco Columbo passed away last month (RIP), we revisited some archival pictures and videos from the golden era of bodybuilding.

During the course, we stumbled upon the infamous 1981 Mr. Olympia video which shows Franco in the worst form of his bodybuilding career.  (https://www.evolutionofbodybuilding.net/looking-back-the-1981-mr-olympia-the-sports-darkest-moment/)

How he managed to beat a much better Tom Platz will remain one of the unsolved mysteries of the big stage.

Don’t get us wrong. We have massive respect for the champ. He was and will always remain an inspiration.

But with all due respect, his form and conditioning on that stage was poor. He had massive gyno. Unmissable by even a rookie.

How did a professional bodybuilder get caught with visible gynecomastia on the biggest stage in the world?

Well, they didn’t have Aromatase Inhibitors back then.

These amazing drugs were introduced much later, in the mid-1990s and since then, have helped thousands of professional bodybuilders avoid such a faux pas.

If you are into anabolic steroids or are considering pinning, then aromatase inhibitors will be a critical part of the next few weeks of your life. And you are most likely to be recommended Arimidex by your coach or one of the personal trainers that you are working with.

Arimidex is one of the most commonly used Aromatase Inhibitors by steroid users. The other one being Aromasin.

Contents hide
1 What is Arimidex?
2 How to use Arimidex
2.1 Signs of High and Low Estrogen
3 Arimidex vs. Aromasin
4 Closing thoughts

Arimidex is the trade name for Anastrozole, an anti-estrogenic drug that was introduced by Zenaca Pharmaceuticals in the mid-1990s, as a treatment for breast cancer in post-menopausal women.

Unlike Nolvadex, which was the prevalent therapy in treating breast cancer back then, Arimidex completely inhibits the aromatase enzyme, thereby reducing estrogen levels by up to 80%.

This meant that there is no estrogen left circulating in the body for the cancer cells to piggyback on.

Even today, Arimidex is considered the first line of defense in hormone-receptor positive breast cancer. Once the cancer is in remission, Nolvadex may be introduced.

In an anabolic steroid cycle, it’s usage is pretty much the same. It inhibits the aromatase enzyme, thereby preventing the conversion of testosterone into estrogen.

This helps prevent a barrage of side effects that come with high estrogen levels. The most notable amongst these is Gynecomastia.

How to use Arimidex

Your usage of Arimidex or any other AI during the cycle depends on the compounds that you are using.

The most commonly used, basic anabolic steroid cycle is Test-E at 500mg/week for 12 weeks.

In such a situation, users will typically introduce Arimidex in week 2 of the cycle and continue to use it for the entire length of the cycle.

Why week 2 and not right off the bat?

That’s because when you start the cycle and pinning, the drugs will just enter the bloodstream and start binding to androgen receptors. The aromatization is not yet occurring. Introducing arimidex at this stage might tank your E2 levels below the ‘sweet spot’, which is somewhere between 20-30 pg/ml for most men.

When you introduce Arimidex two weeks later, at a dosage of say 0.5mg twice a week, you will be ready to combat aromatization as it begins to occur.

Some steroid users risk it and introduce Arimidex only if they experience telltale signs of high estrogen.

But it is considered to be a lot safer to start with Arimidex with your steroid cycle. This will help prevent gyno, which at times can pop up unannounced with very little symptoms.

Having said that, here are a few warning signs to watch out for.

Signs of High and Low Estrogen

Time and again, we have read posts that brand Estrogen as the bad guy in a man’s body. That’s utter bull crap.

Estrogen is a very vital hormone. And if you accidentally take too much Arimidex and crash your E2 levels, then the side effects will be as unpleasant as those caused by high E2 levels, if not worse.

Here are some side effects of low Estrogen:

In comparison, here are some of the side effects of high estrogen levels:

See how similar those side effects look?

The point that we are trying to drive home over here is that you have to be very careful with your dosage of Arimidex.

Start at the lowest possible dose, analyze your body’s response to it and readjust as needed. At the end of your cycle, get bloodwork to check your E2 levels.

It will take some time and effort. But in the end, you will be able to narrow down on a dose that lets you stick to the sweet spot that we mentioned above.

It is a very powerful drug mind you. There are a lot of guys who have ended up crashing their estrogen with even surprisingly low doses of Adex. So, take it slow.

Arimidex is an old school compound in the real sense. It is strong, but it can mess with your hormone levels real good if you don’t know how to use it.

Also, it can cause some serious acne in some users.

If you are a rank newbie to anabolics, we would recommend that you go with Aromasin over Arimidex. It is easier to dose and you are less likely to accidentally crash your E2.

But if you have a few steroid cycles under your belt, you know what signs to watch out for, then Arimidex can be an equally good AI.

The most notable difference in between Arimidex and Aromasain though is that Aromasin is a steroidal aromatase inhibitor, also known as a suicide inhibitor.

This means that there is no risk of the Estrogen levels rebounding even if you stop using the drug post cycle.

But with Arimidex, which is a normal aromatase blocker, there is a possibility of your Estrogen rebounding when you discontinue to the usage.

All this depends on how you react to these drugs, more than anything else.

So, take your time understanding your body’s reaction to AI drugs like Aromasin and Adex rather than jumping to conclusions based on what you read on some messaging board.

Start low. Do bloodwork. Treat it like your life depends on it because it does.